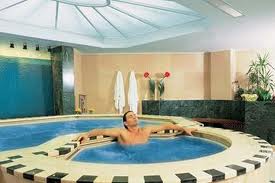 The expansion in China of hotel chains including Hilton Worldwide and Hyatt Hotels Corp. (H) may be undermined by low demand as four in 10 rooms sit empty.

China’s occupancy rate was 61 percent in the first nine months of this year, the same as the year-earlier period and the lowest in Asia afterIndia among 15 countries tracked by STR Global, a consulting and research group. In Shanghai, only about half of hotel rooms were filled, compared with more than 80 percent for Singapore and Hong Kong, it said.

The world’s biggest chains have been rushing into China, which overtook Spain last year to become the world’s third-most- visited travel destination after France and the United States, based on United Nations World Tourism Organization data. The number of internationally branded hotel rooms is expected to surge 52 percent by 2013 after rising 62 percent in the past five years, according to Jones Lang LaSalle Hotels, which tracks data in 30 Chinese cities.

“Hotels in some markets of China are clearly oversupplied in the next three to five years, and they won’t be generating good returns,” said Nigel Summers, Hong Kong-based director at Horwath Asia Pacific, which tracks the hospitality industry. “China has had a very strong demand. The question is whether the increase in demand is going to be big enough to handle all the new hotels.”

Hilton said it will have 100 hotels in China by 2014, four times the number of properties it manages in the country now. The company, based in McLean, Virginia, currently has two flagship hotels in Shanghai.

For InterContinental Hotels Group Plc (IHG), owner of Holiday Inns and Crowne Plazas, one in four of the hotel rooms that it opens globally over the next five years will be in China, it said.

“There could be short-term bubbles in the real estate market, but long term, we feel very positive about it,” Richard Solomons, chief executive officer of Denham, England-based InterContinental, said in an interview. “Even with the big increase in supply, we’re seeing double-digit” growth in revenue per available room.

The company said its revenue per available room, an industry benchmark tracking occupancy and room rates, rose 6.4 percent in the third quarter, led by a 10.8 percent increase in Greater China, which also includes Hong Kong, Macau and Taiwan.

Lower-end hotel operators are filling more rooms as they are more affordable for domestic travelers. Home Inns & Hotels Management Inc. (HMIN), the nation’s biggest budget hotel operator with 1,004 properties, had an occupancy rate of 94 percent in the third quarter, while 7 Days Group Holdings Ltd. (SVN), the second largest, filled 85.5 percent of rooms at its 838 locations.

Rates at the Home Inns property in Shanghai’s downtown Jingan district costs 220 yuan ($34.65) a night, compared with 1,590 yuan at the Hilton that’s a seven-minute car ride away, based on today’s rates on their websites.

In the next decade, China will account for 25 percent of hotels managed by Ritz-Carlton, the brand owned by Bethesda, Maryland-based Marriott International Inc., up from 10 percent now. The Ritz-Carlton in the resort city of Sanya, opened three years ago, is its most profitable worldwide, said Victor Clavell, Hong Kong-based vice president for Ritz-Carlton in the Asia- Pacific region. China is “a very important strategic part of the company,” he said.

Hyatt, controlled by the Pritzker family, said it has 31 hotels under development in China adding to the 14 already opened. The Chicago-based chain already has three hotels in Shanghai bearing the Hyatt brand.

After opening its first Andaz-brand hotel in Asia on Oct. 19, a boutique chain that targets professionals, Hyatt plans to add six more all Hyatt properties in the next five years as “the prospects of growth in China are significant because the economic growth is still relatively high,” CEO and President Mark Hoplamazian said in an interview in Shanghai.

Starwood, which opened the Great Wall Sheraton Hotel in Beijing in 1985, has a Sheraton close to Tiananmen Square, plus five other properties in the capital city. Starwood said Oct. 31 it will open five more Sheratons in cities including Hangzhou and Daqing by the end of the year, with the goal of more than doubling the number of hotels it operates under the brand to 100 by 2012. The company’s 25-year presence in the country gives it a “considerable head start in this fertile market,” Miguel Ko, Starwood’s Asia-Pacific chairman and president, said in a statement.

“China is a huge force and hotel management groups are definitely taking a long-term view; they need to grow their portfolios and footprints to add more flags,” said Jonas Ogren, who handles Asian business development for STR Global from Singapore. “In the near term, it seems like demand doesn’t have time to catch up.”

Chinese travelers took about 2.1 billion trips within the country last year, with domestic arrivals projected to rise at an annual average rate of 9 percent for the next five years to reach 3.3 billion by 2015, Jones Lang LaSalle Hotels said.

Some city governments in China require hotels as part of so-called mixed-use property projects that also may include offices and apartments, contributing to the increase in supply. The city that’s most “in trouble” is the port city of Tianjin, Premier Wen Jiabao’s hometown, located southeast of Beijing, according to Horwath.

The city of 9.8 million people already has a St. Regis, a Crowne Plaza and a Hyatt Regency, with construction to more than double the number of hotel rooms in the next three years in a city with an average occupancy rate of 45 percent, according to STR Global data.

“Every small government across China wants a five-star hotel in their city to support businesses and put them on the map,” Summers said, predicting longer-term “enormous growth” for the industry with a surge in domestic travelers.

Shanghai Jin Jiang International Hotels Group Co., which owns the recently renovated 81-year-old Peace Hotel and other properties in Shanghai, is building the world’s highest hotel that will take the record from the Ritz-Carlton Hotel in Hong Kong. The venture with Shanghai Tower Development Co. will include the 258-room hotel from the 84th to the 110th floors of the 121-story office building when completed in 2014.

“Hotels also tend to be trophy assets more so than residential buildings,” STR Global’s Ogren said. “So developers may be inclined to want to develop a hotel even though it may not by itself be a great investment.”

InterContinental will be the first global operator to develop a brand just for China targeting the rising number of Chinese travelers, said Solomons. The brand will be introduced early next year, while details including the name are still in the planning stage.

Global chains may find it difficult to maintain their standards with the rapid expansion, said Ricco deBlank, CEO of the hotel division at Sun Hung Kai Properties Ltd. (16), the world’s biggest developer.

Hong Kong-based Sun Hung Kai owns a Ritz-Carlton in Shanghai and plans to open four hotels in China over the next five years, he said.

“They carry the risk of diluting their brands,” said deBlank. “It’s a worry just to see all these brands going to China and other places in Asia at such a rapid race because they can’t go anywhere else, and Wall Street is expecting certain growth.”

To contact the editor responsible for this story: Andreea Papuc at apapuc1@bloomberg.net